Tales From The Flip-Side Live!

The one man show turns the stories from John's novel into live performance pieces featuring magic, music, and fantastical stories of time travel! Thrill to the adventures of Big Daddy Cool as he learns from Harry Houdini, cons the master con man Titanic Thompson, beats the champ Jack Dempsey, and loses the love of his life.

Book The Live Show At Your Venue or Event!

"Big Daddy Cool" is available to appear at your venue or event and bring the stories from Tales From The Flip-Side to life on stage with a full evening show, as a spot act, or even as the MC!

Magic and Music from the books come to life on stage!

Learn more about "Big Daddy Cool" and live entertainment options for your venue or event! 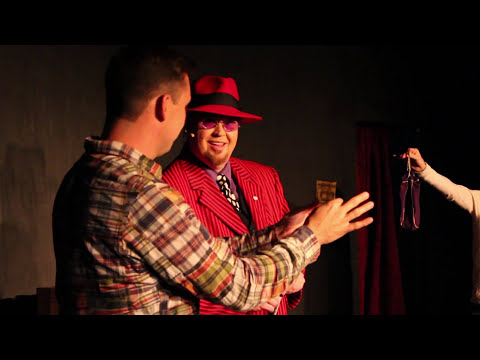 The routine everyone talks about! 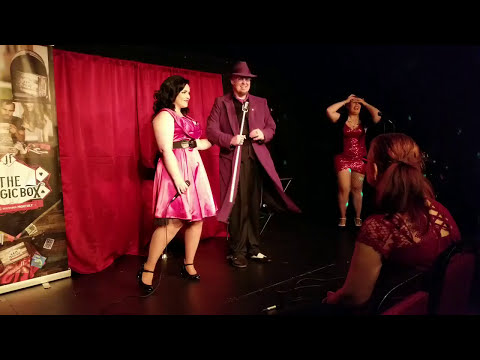 Johnny (accompanied by the Bombshell Kittens) performs his reputation making Dancing Microphone while singing It Don't Mean A Thing! 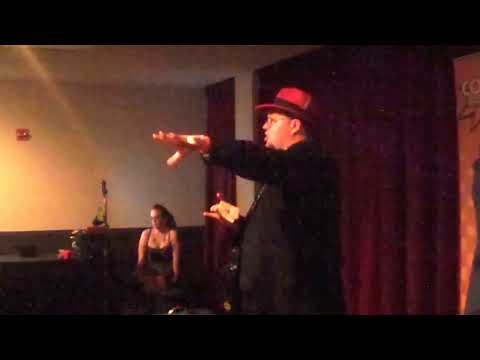 READ THE BOOK, SEE THE SHOW!

SEE THE SHOW, READ THE BOOK!

Tales From The Flip-Side is a Dieselpunk pulp adventure novel, that tells the true story(s) of "Big Daddy Cool" Johnny Dellarocca.

He began life as a Gangster… He found a new path as an Entertainer… He Never Knew How Far He’d Go to end Up a Hero. In 1946 a chronal event ripped a hole in space-time, transporting ex Gangster turned Entertainer "Big Daddy Cool" Johnny Dellarocca into the future. Now, tethered to this new time, Dellarocca can travel into his past to influence events to shape the present, his future.

Tales From The Flip-Side reveals the tale of one of the earliest adventures of Big Daddy Cool & The Bombshell Kittens leading up to that day in 1946. In the final days of WWII, Chicago Holo-Visor reporter Penny Lane has been kidnapped and is being held for ransom by Chicago's most infamous villain, Dr. Diablo. With Chicago's masked heroes on a secret mission in Europe, it is up to "Big Daddy Cool" and his super powered showgirls, The Bombshell Kittens, to stop Dr. Diablo and save Chicago's most beloved reporter from the machinations of the madman.

However, behind the scenes there is another threat, a greater evil lurking, pulling the strings and seeking universal domination.

Tales from the Flip-Side by John Pyka is the debut volume in The World of Big Daddy Cool imprint from Pro Se Productions.

Buy Tales From The Flip-Side now!